Back at Christmas my gift from my mother was a soup maker.  She knows me and my love for kitchen gadgets well! 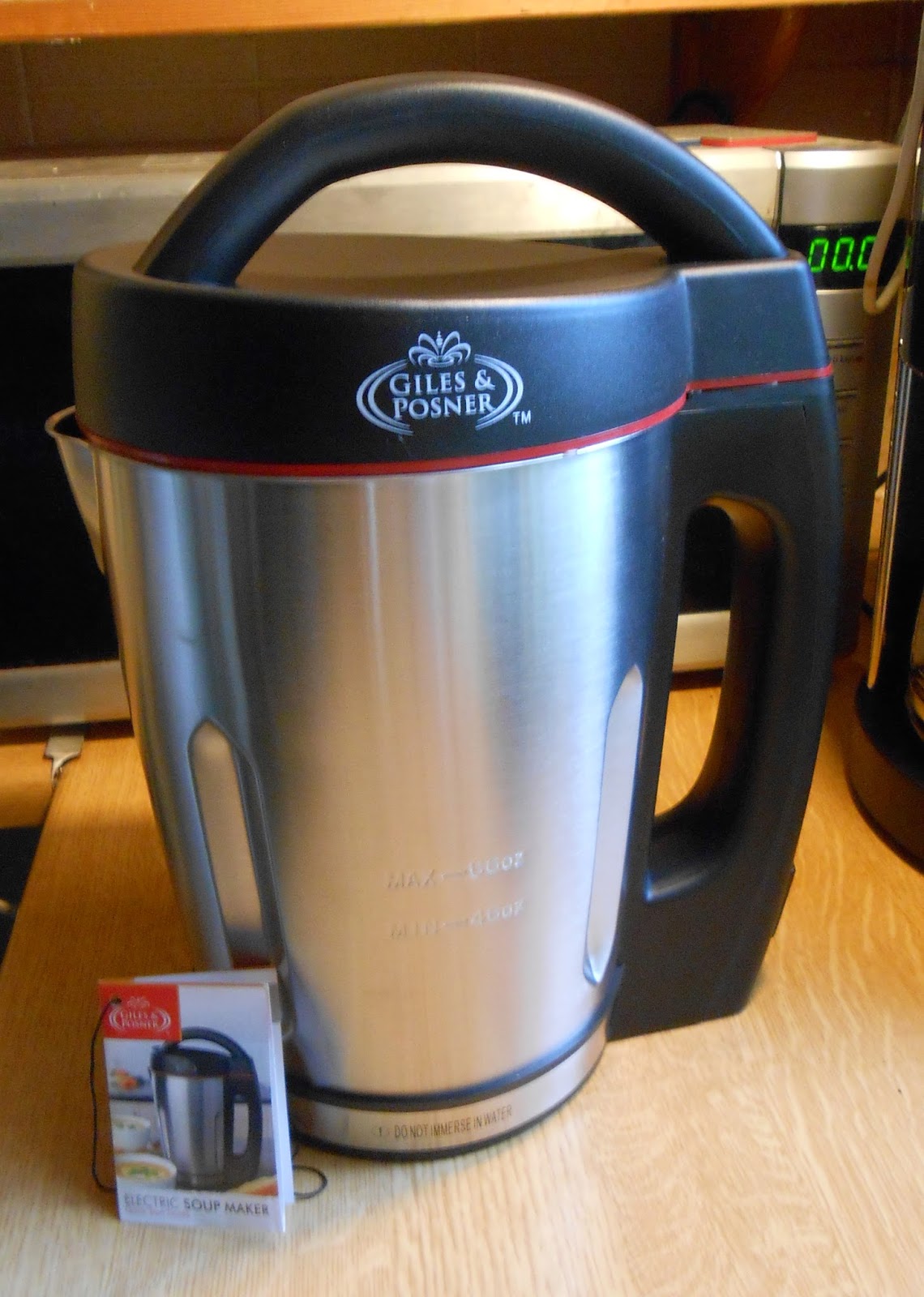 They were everywhere at the festive season and seem to be the next ‘thing’.  (Move over bread makers, cool your heels ice-cream machines, talk to the hand, cake-pop makers.)  Although I wasn't sure whether they were just a gimmick – after all – I had a blender didn't I? – I was now the proud; if slightly dubious, owner of one.
A few days later once I was back home I cracked it out for a test run and thought I'd try an adaptation of my spiced roasted parsnip soup recipe.  (May have had something to do with the 4 bags of parsnips I picked up for 25p a go from the CFC too...)
I skipped the roasting this time as I wasn't putting the oven on for anything else and it seemed a bit unnecessary just for a few 'snips.
For some reason the post got lost in the ether but in case anyone is considering the merits of owning one of these, or have recently acquired one, I thought I‘d finally post the recipe. 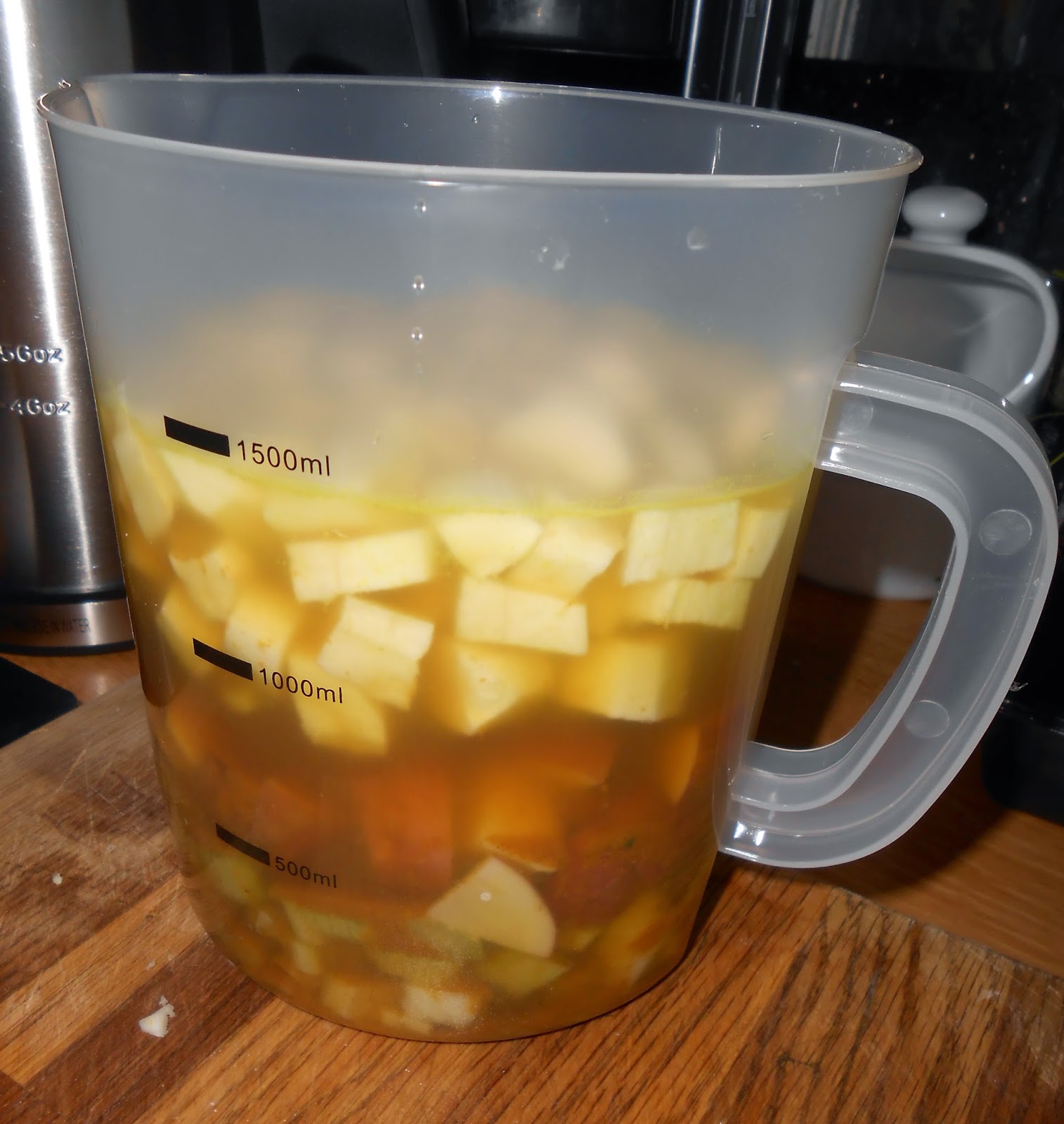 Stir spices into stock and leave to cool.  [My soup maker insists on cold stock.]
Chop veg into 2-3cm cubes.
Pop everything bar the milk and yoghurt in measuring jug of your soup maker and check you’re within the volume limits of the machine.  (This will vary from model to model.)
Pour the contents of the jug into the soup maker and press the ‘on’ button.  I used the puree option; my soup maker also comes with a ‘chunky’ option.
Once the cycle has finished taste it.  A little thick and / or on the spicy side – add the milk and yoghurt as desired. 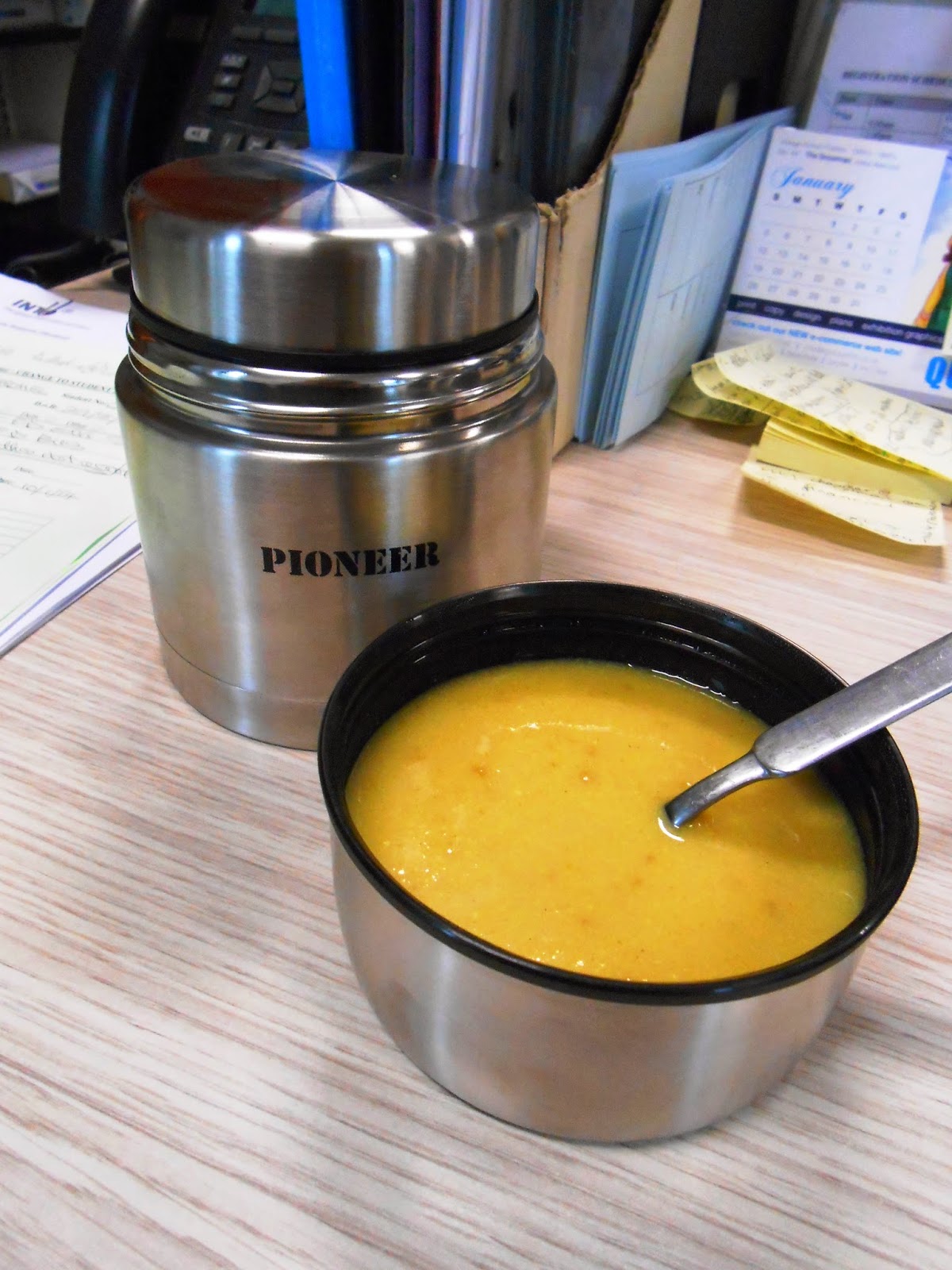 So 20 minutes later and ta daaa – I for one was very impressed.  Super tasty soup in a minimal time frame, especially if you’ve thought ahead and have cold stock to hand.  A short cut for that which I’ll try next time would be to make the stock cube up with a minimal amount of water; just enough to dissolve it, then top up to the required amount with cold water.*
This is invaluable for making fresh soup to take to work for your lunch – you can chuck everything in the jug the night before and just press on when you rise in the morning.  Pop it in a flask and in the colder months it was a lifesaver for this office worker in a building with no microwave!
Having not been totally sure about the benefits of a soup maker, this is a gift that has very quickly convinced me of its value amongst my kitchen gadgets.  It’s fast and it’s proving to be economical as it’s great for those ‘bottom of the veg drawer’ soups –chuck it in and hit ‘puree’.  It’s not the quietest thing in the world when it hits the blend part of the cycle but then, neither is a regular blender or FP.  I’m a firm fan!   Now, just to find somewhere for it to live...
*I've tried this since and it works a treat.
Posted by Ruthdigs at 19:07