Well it's been some time since my last post.  Much stuff has been happening, not the least of which is that the Chap and I have gone our separate ways.  Whilst this saddened me, such is the way of life.  Onwards!  As it was a good 6 weeks back now I'm getting on with moving on.  More of that later.  Maybe.  ;-) 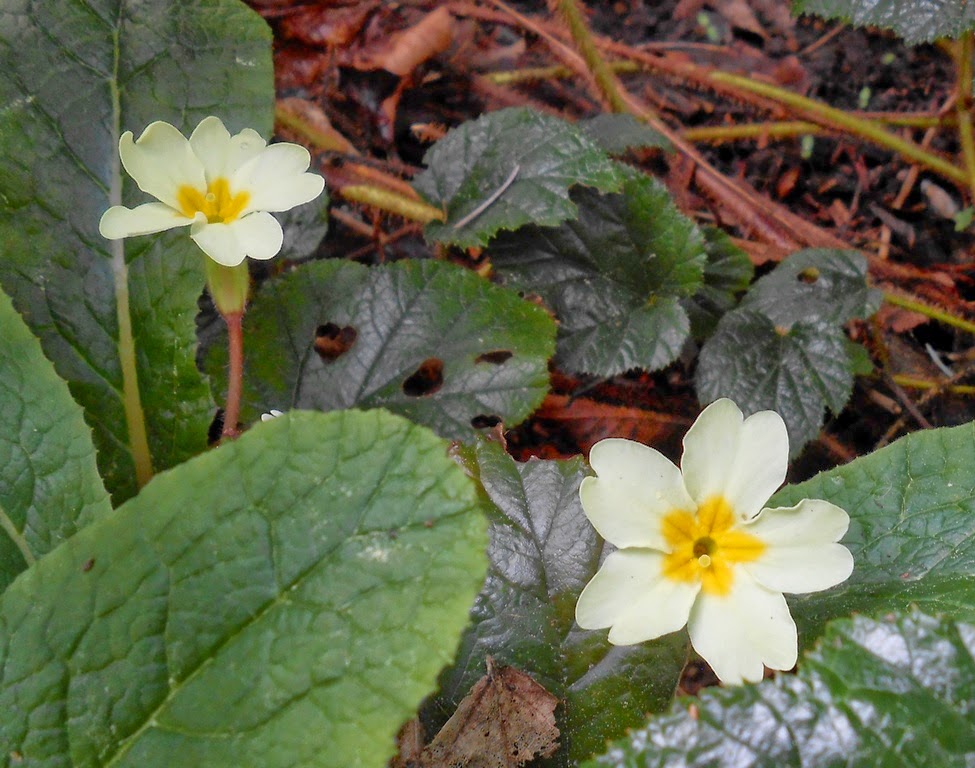 Yesterday was International Day of Happiness and also (apparently) the first day of spring.  (I thought that was today the 21st myself, but there you go.)  I've been mulling over taking up the 100 Happy Days challenge for some time and decided to start it yesterday.  The idea behind this is that for 100 days you make the time in the day to focus on something that has made you happy, no matter how large or small.  You take a pic and post it with the tag #100HAPPYDAYS.  Hopefully the outcome is that you can nurture a more positive outlook in yourself, get in the habit of noticing the happy stuff and generally feel happier in yourself.  I'm posting my pics daily on facebook but once a week-ish I'll post the pics on here too.  Just to keep it in the forefront of my mind, and in case anyone out there is interested too.  So far 71% of the people attempting the challenge haven't made it to the 100 days; citing lack of time as the most common reason, so I'm interested to see how I do. 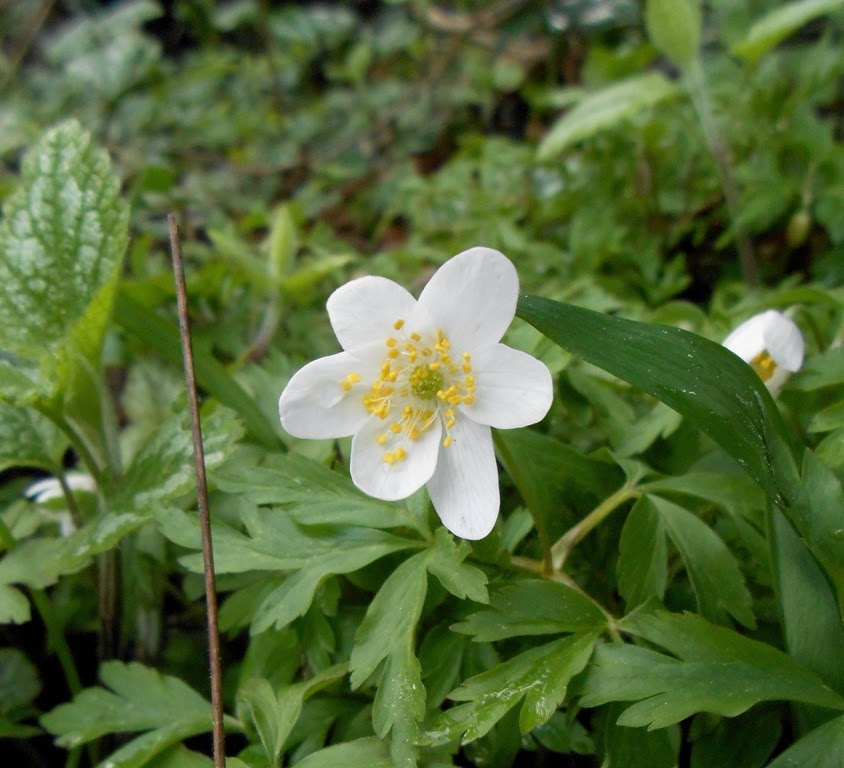 As it's the start of spring it seems an appropriate time to make some changes and to this end I've decided to focus my efforts on a proper de-clutter at home.  Frankly there's a whole small bedroom that's unusable as it's piled up with boxes and crates so it's time it all went.  I've long had a plan for that room to be my library (I own a lot of books) and computer room so I really need to be able to actually see the walls!  I also have a bunch of the Chaps stuff hanging about the place that I keep being told is being collected 'soon'.  That needs to go as I'm getting an exercise bike and it won't fit in the spare room until he takes his stuff out of it. 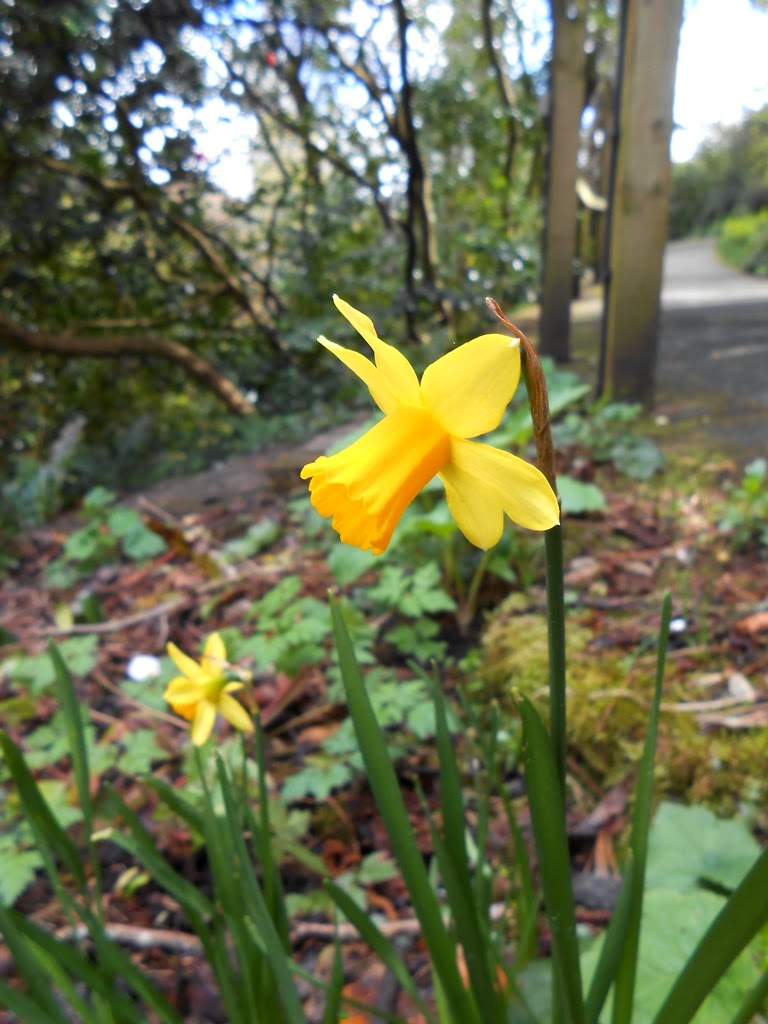 The spring flowers are a welcome sight after the long months of storms and rain.  The joyous presence of crocuses, daffodils and primroses do a lot to lift my spirits on the daily walk to and from work as they burst forth from the hedgerows and gardens.  All helped by the sudden (finally) arrival of the wild garlic. 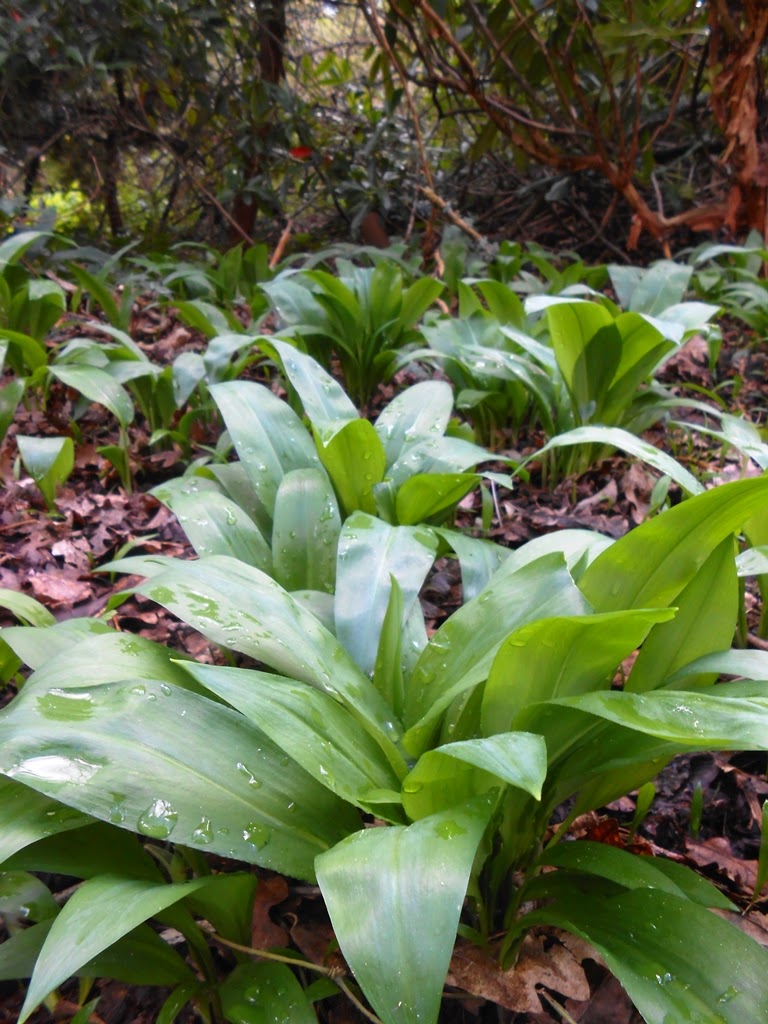 This has gone mad in the last week or so and I'm lucky enough to have great swathes of it growing on campus just behind the building I work in as well as along the local river banks a few minutes from  my home.  I'm planning on making my first batch of 2014's wild garlic pesto this weekend.  I can almost smell it now...  :-)
Posted by Ruthdigs at 14:44