The next 'thrilling' installment in an increasingly longwinded and irritating post attempt.  :-/

2 days later I was back at the hospital; after being shunted around for 4 hours they decide to do corneal scrapes - anaesthetic drops in your eyes followed by scraping with a mini scalpel blade (or what looked like one) from the surface of your eye - fun.  They also upped the drops to every 2 hours and gave me an additional stronger one to tke every 2 hours as well.  Needless to say I was quite concerned by all this but toddled off and managed to get the right bus back into town.  At which point the amaesthetic drops wore off and I was in muchos pain for the rest of the night where they'd scraped my eyes.  :-(
The following Monday I returned once more for another check and the results of the scrapings.  Nada - they had grown nothing.  As I understand it keratitis is normally caused by an infection of some kind but they thought that perhaps as I was already on the antibiotic drops possibly this had succeeded in stopping it.  Either way they were very pleased with my progress and the ulcers had lessened in size.  Phew!  I'm now back to the ranks of the bespectacled; for 6 weeks at least, and finished the course of antibiotics.  I am very very relieved that they're getting better.  I was painfully aware that you only get one set of the ol' baby blues [ok - bluey-greyish-greens] so should anything hideous happen to them that's your lot.  They must be looked after, a lesson I'll be well aware of in future.
Well - what with one thing and another I'm now mightily behind on the posts.  I will endeavour to catch up to the present day but bear in mind it's another 3 day week...  :-) 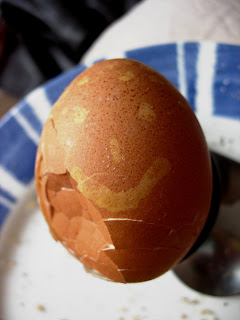 Hope you all had a nice easter break.
Posted by Ruthdigs at 13:45