Yes - I'm going to join in the national obsession and discuss the weather, albeit briefly. We had more snow last night so I awoke to a chilly, white, beautiful morning today.
We're fairly spoilt down here in that we rarely get hit by the snow and when we do it's not normally very bad. I've been forgetting that a lot of the rest of the country's been struggling through the stuff for the last couple of weeks now when all we've had was a sprinkle at the start of the month that very quickly cleared. Of course for anyone from any country that regularly gets decent amounts of snow this is all fairly hilarious to watch as the UK grinds to a halt after 2cm of the white stuff.
We are apparently weather obsessed as it's so changeable due to being surrounded by water in a reasonably temperate area. Whatever the reason it does give some truly beautiful starts to my days as I walk into work. Sensible DM's and hat, scarf and gloves this morning made it an enjoyable experience. As the author of that last link mentions "...to fully appreciate the poetry of nature in Britain, you must first be dressed practically so that you are not distracted by wet feet or sunburn!"
[I am one of those people though that even at the age of thirty-(ahem)-something I enjoy kicking up piles of leaves in the autumn or snow in the winter. Even been known to jump in the occasional puddle too! ;-D]
The one thing that is concerning me is where some bits I've ordered for Chrimble pressies that were posted a week ago have got to... 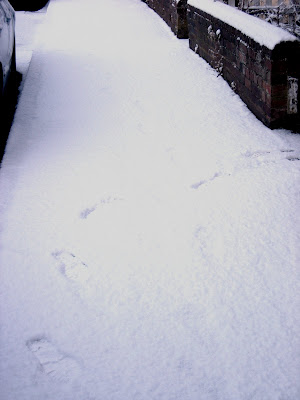 Not many seemed to have been along my road this morning. It was snowing as I left. 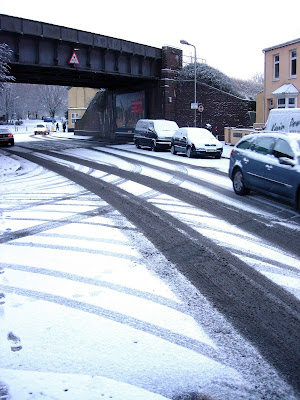 Seems to have caught the local council by surprise as nowhere was gritted. This has been predicted for a week though. 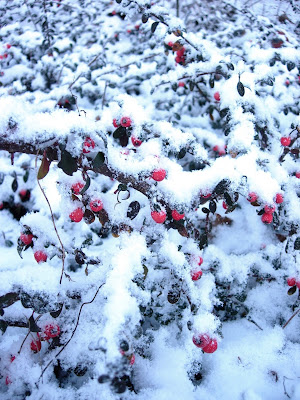 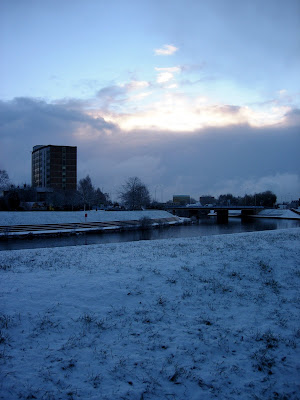 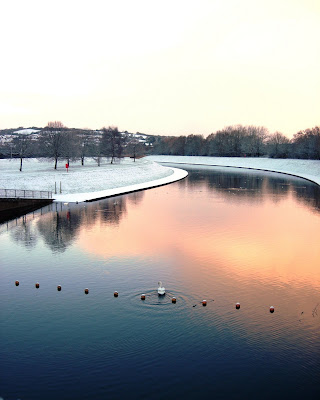 Single swan patrolling this morning as the sun peeked out. 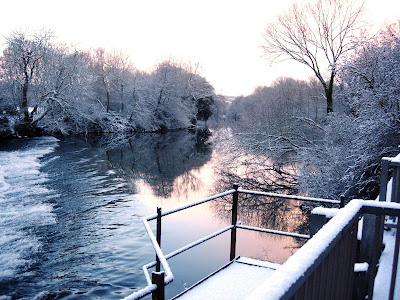 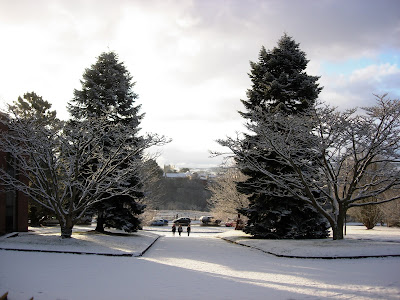 Looking out over the city - see the top of the cathedral in the distance.